The Kingdom of Kongo

A kingdom located in West Central Africa (in present day Angola), the western portion of the Democratic Republic of the Congo became a major source of slaves for Portuguese traders and other European powers during which time Christianity was first introduced to the Africans.

Importantly, amazing artworks arose from this region as well as trade in ivory, copper, salt, cattle hides and slaves.

Sam Kitoko paints to express his point of view, his perspective and his culture.  He uses acrylics and oils on canvas, hessian and paper.  He particularly uses hessian to portray what people wore in the old kingdom of Kongo, now they are used as storage for potatoes.  Sam came to Australia as a refugee in the early 90s and studied Fine Arts at the Royal Melbourne Institute of Technology.

2015        Art Exhibition for the commemoration of Australia Day at the Flinders Medical Centre, Adelaide.  A collective art exhibition featuring artwork by people with autism and local Indigenous artists of South Australia. 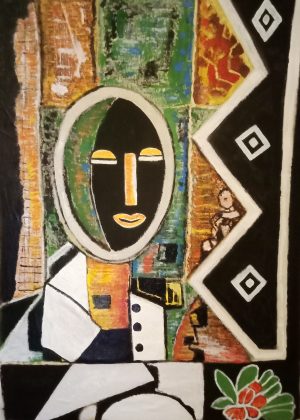 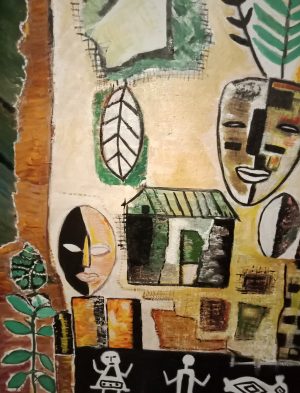 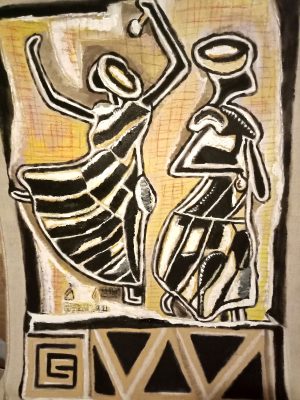 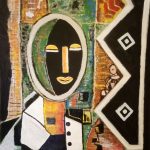 The Kingdom of Kongo